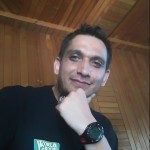 USTVNow Founded in November 2009. Initially, the USTVNow TV streaming service was built to serve the United States military who serves the country in different parts of the world. Later on, service was extended to U.S people traveling or living abroad and wants to stay in touch with American culture. NationPhone & TV is the parent company of USTVNow and is a leading provider of immigrant communication services and offers up to two hundred U.S Television channels plan. USTVNow mainly marketed the streaming TV service to several American ex-pats, military employees overseas, state departments, and available in all fifty states.

On USTVNow official company’s website, they have listed the following three preferences:

1: To make sure that Americans overseas have the same privileges and communications media rights as their peers in the U.S.

3: To help the kids and grandkids of American parents stay in contact with great American culture.

The USTVNow app subscribers can follow the other people who love streaming television services and turn an iPhone, iPad, tablet, android phone, smart TV, and computer into an interactive Television screen. USTVnow not only empowering ex-patriates travelers to watch their Television while residing or traveling abroad but also allowing people to watch Television in different parts of the house. An honest review of USTVNow will enable you to make a better decision before purchasing USTVNow Television streaming services.

The good things about USTVNow are as follows

To get started with USTVNow is super easy. Just like other famous online streaming Television services, USTVNow’s Sign Up process is straightforward. On the company’s website, interested subscribers can sign up by typing in their name, entering an email address, and creating the password. Users are also required to tick the small box indicating consent to receive emails relating to the terms and conditions, promotional calls, and texts. The available subscription plans can be viewed after clicking the “Sign Up” blue button. Alternatively, the subscription plans can be viewed first, before filling in the ‘Sign Up’ web form, by clicking on the blue “Plans’ button on the top right corner of the USTVNow’s Homepage.

After selecting the desired subscription plan, USTVnow would like subscribers to provide debit or credit card details. Or users will be redirected to a PayPal payment processing page to complete the transaction with this payment method. Once the user logged into his/her USTVnow’s account, he/she will have the following options:

5. Request for Movies on Demand

6. On the Homepage, channels airing content can be seen

7. Select More will lead the subscribers to My Recordings.

The top streaming Television competitors of USTVNow are offering digital video recording (DVR) service to their customers only as a paid add-on service. In contrast, USTVNow offers the DVR service for free with several plans. Besides, USTVNow also allows subscribers to record multiple shows while watching one show simultaneously. USTVNow subscribers can record as many shows as they would like as the DVR recording feature of USTVNow for their DVR subscribers is unlimited. However, they stated in one of their FAQ about DVR scheduled recording that there is a limit of 15 shows at a time that may be scheduled to be recorded on a recurring basis. In terms of program recording, USTVNow is far better than its competitors because the other streaming Television services offer a limit on the number of hours of shows that can be recorded. The last most important thing I must mention about USTVNow’s recording is that USTVNow is automatically deleting the show recordings older than 28 days.

The potential subscribers interested in the service but want to test the service before paying for it, USTVNow is offering the 10-days free trial of all available plans without obligation. The service also provides a 6-months free plan to everyone. In the free plan, users can watch all times Hollywood Classics. Users on the free plan watch 260 free all times Classic and Western movies.

Movies on Demand Offered by USTVNow

To Movies on Demand customers, USTVNow is offering thousands of the latest movie titles. All the Movies on Demand are provided to customers by TeleUP. The company is claiming that they are providing a movie rental service. The movies’ price on demand ranges from $2.99 to $4.99, and the customer can watch the rented movie anytime in 30 days after renting the movie. All subscription plans come with the film on-demand feature. Classics and westerns movies come free with all the plans. Movies on demand service is only available to people currently living in US.

Subscriber will have an option between 6 plans ranging in price from $0 to $29. The most expensive and full-featured plan is USTVNow + DVR is $29 per month, and it includes 23 channels. Other features of this plan are Movies on Demand, Free Western and Classic movies, and DVR service. The free plan does not offer any live channel, while less expensive plans offer a less impressive selection of channels. In all the plans, you can request the Movies on Demand. The TeleUP Canada + DVR is the least expensive channel, $4.99 per month. It comes up with 4 Canadian channels, a DVR service, and Movies on Demand Service.

Watch USTVNow Anytime Anywhere in the World with Internet Connection

The company’s primary services are providing live streaming Television service, Digital Video Recorder, and Movies on Demand through their website, giving United States army members, expatriates, and travelers the ability to watch the United States and Canadian Television residing or traveling abroad. To watch live television channels and movies anytime, anywhere, the subscribers need a USTVNow subscription and a good internet connection. There are some territorial content restrictions also.

USTVNow makes the cancellation process very easy. To end a subscription plan and cancel an account, subscribers need to submit a support ticket on the company’s support email or official website. One of the customer support representatives will respond and will cancel the subscription.

Bad Things in USTVNow are as follows:

USTVNow is Not Commercial Free

The streaming Television service does limit the number of simultaneous users per account on a computer. If the user login on a PC and was already logged in on a computer somewhere else, the older session would be ended automatically, and the user will be logged out from the older session. Using different devices such as mobile and tablets, three people can be logged in simultaneously.

USTVNow does not have any app for any platform, but their website is very responsive, and you can watch live streaming television from any device using their website. The website will automatically adjust the interface according to the device. Beware, the company never launched an app for android, iOS, or any other platform. The only option to watch movies and Television is watching through their website. The company also discontinued its Roku channel. USTVNow is compatible with internet Television boxes such as Apple TV, Google TV, Chromecast, and Scope Box, but subscribers should be aware of the fact that you can watch the service on Television Boxes using the native browsers or Airplay mirroring for Apple TV. In general, USTVNow’s support advises the subscribers to watch streaming Television using native browsers of different devices.

Subscribers always looks for an affordable streaming Television service that is internationally available; therefore, users should consider subscribing to USTVNow. I also think that users searching for a large selection of western and classic movies would enjoy the company’s best classics ever free plan. If you are used to watching American channels and planning to travel abroad, then sign up for this service is a good reason. The service is not for you if you do not like the commercial breaks, then you should consider searching the other competitors. It seems that the service is entirely legal, and they worked out special deals with their content providers, so you can sign up for the service with full confidence. My final recommendation is that a potential customer must contact the company’s support before subscribing to their service and double-check if their device is supported and will work with their service.

Cutting the Cord: Does it Really Save You Money?

Cutting the Cord: Does it Really Save You Money?